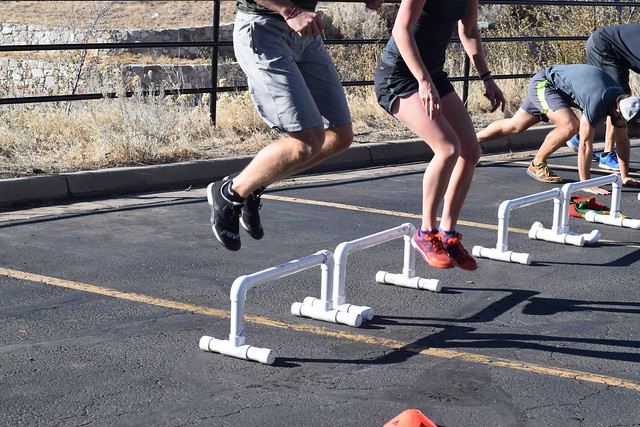 Burpees to a target or over a target, which do you prefer?

Have you seen this film? It’s pretty awesome! Australian actor Damon Gameau subjects himself to 2 months of eating the Australian average daily intake of sugar (40 teaspoons per day!). At the beginning of the experiment he thinks there is no way he’ll reach that amount daily because he’s not doing it by eating what most would consider junk food (candies, sodas, etc.) but instead by eating pre-packaged “healthy” items. On morning 1 he puts together his breakfast of cereal, yogurt and apple juice and quickly finds that he is already at 22 teaspoons!
It’s not a perfect experiment by any means but one thing that I’m happy they paid attention to was his caloric intake and they kept it the same as what it was before the experiment began where he ate mostly meats and veggies. This is important to quiet all the naysayers who would simply respond that he increased his calories consumed so of course his outcome would be normal. What was the outcome?

All in 2 months! If you’re looking for a double-blind peer reviewed study to tell you that sugar is bad for you then look elsewhere, but if you want an entertaining documentary that highlights the important stuff and still lets you use a little of your own common sense check it out.