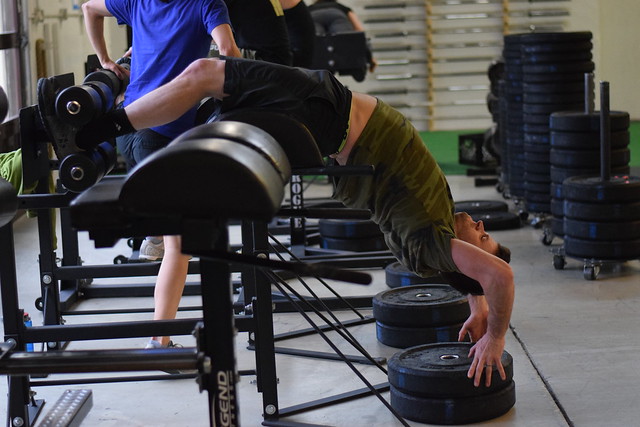 Pete laying out for a rep.

If you’ve been doing CrossFit for more than a few months there is a good chance that you’ve done Tabata something, but do you know the history of tabata?
In 1996, Dr. Izumi Tabata recruited some college athletes from a variety of different sports, but the common thread being that they were already relatively fit.  He split them into two groups: a tabata group and what we’ll call a cardio group.  The cardio group performed 5 days per week at about 70% VO2max for anywhere from 30-60 minutes.  4 days a week the tabata group performed a 10 minute warmup followed by 8 sets of 20s at 170% VO2max followed by 10s of rest, and on the 5th day they did this along with 30 minutes of steady state cardio as a warmup. So, what did we learn?
For one, the tabata group spent much less time in the gym. About 70 minutes per week compared to the aerobic group’s 300 minutes.  Secondly, after 6 weeks, the tabata group showed a 28% increase in anaerobic capacity and a 14% increase in aerobic capacity.  The aerobic group showed a 9% increase in aerobic capacity and no change in anaerobic.  Hands down, the tabata group was winning!
Looking back at the study though, one thing should stand-out as a reminder to us.  The VO2max of the tabata group during their 20 second efforts was 170% VO2max!  There’s no pacing at that level of intensity.  Thats giving every single rep, every ounce of effort that you have with no regard to a score or fistbumps afterwards. So when you’re working today, give it everything you’ve got and throw restraint, hesitation, fear, but not technique, to the wind and let the chips fall where they may.