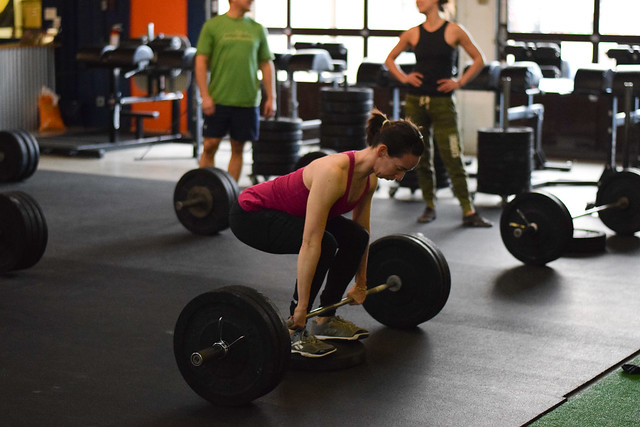 Lorena showing a great setup even at a deficit.

I wanted to help my parents make the switch over to a healthier lifestyle through eating, and they were at a place where they were willing to try it.  I know my parents probably better than anyone and I knew that if I changed too much or made it too difficult they weren’t going to keep it up, so rather than have them make the switch over to full Paleo I gave them a list of 3 foods they couldn’t have for the next 30 days; Sugar, beer, bread.

There is a method in coaching called the triage concept.  The idea is that in movement all flaws are important but the worst should be addressed first.  It’s very underwhelming for the athlete because they’re only given one thing to work on at a time, and as a Coach you are making the conscious decision to ignore the other flaws at the moment.  Over time you will get the chance to work on them all and make the movement better.  So I thought, what a great way to approach nutrition and it makes choices so much simpler!

So in the beginning, I’d often get a text or phone call asking me if they could consume some specific food, and as long as it didn’t contain beer, bread or sugar they were in the clear because we were deeming those the worst faults.  Of course there were times where it was really hard not to try and explain that while the food they were asking about met the restrictions of the challenge it was still not a good option, but for now we were ignoring those other things.  They tried it for a month, they lost weight, and had more energy.  They’re sticking with it, and who knows, maybe it will open the door to other changes down the road.

If you had to choose 3 things in your lifestyle to eliminate (within reason) to help your fitness along, what would they be?  What kind of things would that require you ignoring for now?  Post to comments.